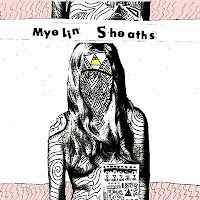 In case you hadn’t noticed it, the musical paradigm of our age is now the song, as opposed to the album. I was brought up in a time where, if you were a fan of a particular artist, it was their upcoming album (LP) that you sat on the proverbial pins & needles for. An occasional 45 might slip in and fill the sucking, howling void, but everything was centered around anticipating that 10- or 12-song collection that the band had been working on the past year. Now – not so much. And truth be told, I like the new reality a great deal better.
Musical enjoyment is really all about the song, anyway. Not to get all Jacques Derrida on you, but the album is a “twentieth-century construct” that we all simply got used to. Some bands or artists did a good job using this construct to create albums that felt as if each song were part of a larger whole, yet even my favorite records – “The Velvet Underground and Nico” or “A Minute To Pray, A Second To Die” or “The Ramones” - could easily be said to just be one long winning streak of great song after great song. So now that the people are trawling the internet for single-song downloads, or buying songs at 99 cents a pop on iTunes or Amazon or eMusic, it has reshaped the music consumption experience, and is saving me and you a great deal of money to boot. My favorite method of musical discovery these days is downloading the crap out of stuff that looks interesting, and throwing it all into my iTunes “To Listen To” folder. Once I get to 40 or 50 songs, I actually do the listening, and I then pick out the gold. And the god’s honest truth is that there are some friggin’ bands popping up every week that continue to make rock music extremely exciting for this curmudgeonly codger. 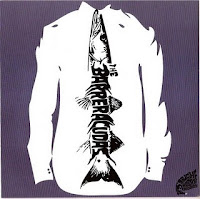 Take the MYELIN SHEATHS for instance. This Canadian pack of raw yet melodic robo-power punk sound like they might individually be creeping up on 19 years of age, and this song “Everything is Contagious” from their forthcoming album just totally explodes in a gooey mess all over your headphones. Love it, and that album’s going to be a must-buy when it hits the digital shelves in a couple weeks (no, I didn’t say the album was completely buried yet). Atlanta’s BARRERACUDAS are similarly fantastic, but are frolicking in a totally different slice of the pie. Their tarted-up Johnny Thunders guitar screamer “New York Honeys” is right out of the UK glam/NY Dolls playbook, except it’s from this past year and it’s kind of hilarious, as a lot of the strutting, preening hard-glam stuff is. I like it when the singer warns us to “Look Out” before the song’s even three seconds in. Now that’s confidence.

READING RAINBOW are from Philly, as I understand it, and this track “Wasting Time” is a wonder of chugging, harmonic convergence. Boys and girls holding hands and singing their lungs out under a sparse, garagy blanket of sound. Finally, the veterans and most well-known of this bunch are THEE OH SEES from San Francisco. Noise for noise’s sake is a huge pet peeve as my ear canals become more sensitive and as my BS detector continues to sharpen, but these guys & gal leaven any tendencies they have toward needless free-form freakouts with an absurd sense of 60s pop melody. This is a sha-la-la song of the highest order, and I command you to take note of it.

That’s it – see you on the other side of the weekend.

Play MYELIN SHEATHS – “Everything is Contagious”