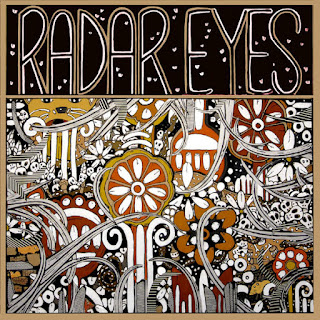 Was pretty smitten with RADAR EYES’ 45 “Miracle” that came out late last year on HoZac Records, and perhaps you were too. Drony, New Zealand-inspired psychedelic pop with hooks and choruses and yet a deep sense of murk that clouds their sound in a glorious way. One of the best of 2011. HoZac’s been pumping this Chicago band’s debut full-length pretty hard in advance, and darn it all if they weren’t just about right-on for this one. It’s a really good record. “RADAR EYES” (it’s self-titled, you see) embraces many avenues of psychedelia, except the most patently obvious flower-power kind, while staying in a warm, heavy pop realm. Pretty sure you’re going to like it.


The standout track (besides “Miracle”) that’ll make you dig out your Flying Nun collection, Velvet Underground box set & your molding British 80s/90s noisy jangle-pop 45s is “I Am”, which I’m posting for you here. Stellar stuff, and on the fast track for song of (and keyboard riff of) the year. Other songs are nearly as solid, though some attack heavier than others, while others go for the heavy-lidded slow burn. There’s even something I think you kids call “techno” at the very end, although it’s techno run through goth and hippie and garage punk. Because these guys are popmeisters, there’s no long jams. They don’t play that way. A lot of guitar, old-model keyboards, vocal effects and more are crammed together in each song, giving them a tightly-packed, soaring sort of otherworldliness. I’m happiest when I can’t understand the lyrics; when I can, as in the cute doggie tribute “Prairie Puppies”, I’m, uh – less happy.


I put this on a level with The Brian Jonestown Massacre if that band had gone a little heavier, louder and had embraced the raw. Radar Eyes are already more consistent than they ever were, too. Play some songs and you’ll see what I mean – and you can buy it right here.