THE HEDONIST JIVE GUIDE TO TELEVISION 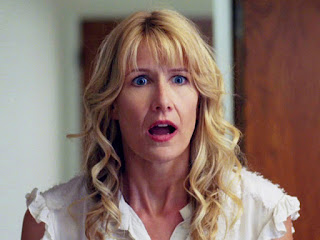 After spending the bulk of the 1980s and 1990s either without a television set or completely uninterested in its non-sports offerings, I settled into a nice little domestic comfort zone this past decade – just me, the wife, our son and the TV. This non-coincidentally coincides with the oft-remarked-upon “new age in television”, in which television programming, led primarily by HBO and secondarily by lesser cable networks, began treating its audience like the adults that they were. At least that’s the argument – though the concomitant rise of reality TV would proclaim the opposite. So scripted TV, then, entered its renaissance period, led by programs like “The Sopranos”, “Six Feet Under” and “The Wire”. This is an argument I concur with, given the new bounty available on television, which has trickled all the way down onto the previous wastelands of ABC and NBC and elsewhere.


So around the early part of last decade, we, and thousands like us, stopped automatically defaulting every open evening to a rented (and now often streamed) film. We watched live or recorded TV shows instead – or in our case, DVDs of TV shows we weren’t paying HBO and Showtime for. This thereby ensured that we had to dodge spoilers every off-season and were always late to every TV-driven cultural trend (like, I could have dressed like Don Draper way earlier if only I’d known I already had AMC as part of my cable package). This year we got all growed up, swallowed hard, and ponied up for an HBO subscription. Now the couch’s mastery of our minds and our asses is complete.
I set a pretty high bar when it comes to TV. I cut TV a little slack as it compares to film – how else would I watch a preposterous show like “The Walking Dead”, or even “Lost” for that matter? – but if I’m not sucked in on the first viewing or two, forget it. I’m out. The only thing that makes me stick around past one lousy episode on anything is the knowledge that I hated “SIX FEET UNDER”’s pilot and was totally ready to walk, only to give it one more chance and have it be the best HBO series not called “The Wire”. Here’s what The Hedonist Jive often spends its time with in 2011 when we should instead be at the computer, typing out more blog posts for our low three-digit readership:
“ENLIGHTENED” – I’ve heard grumblings that this intense black comedy from the damaged mind of Mike White (“Chuck and Buck”) is already on the chopping block, and is HBO viewers’ “least favorite show”. What the hell is wrong with you people? This absurd evisceration of the New Age lifestyle and mindset is the best show playing on TV at this moment, far as I can tell. I like to squirm and to be surprised, and not only is Laura Dern excellent at putting herself in self-made emotional situations that make your skin crawl, the supporting cast that plays off her is excellent. The show effectively captures the tenuous grasp that many adults have on reality, and the difficulty they face in dealing with the world around them. Think of it as a sadder version of “Curb Your Enthusiasm”, full of the same sort of self-delusion & mockery of many things.
"BREAKING BAD” – And this just might be my favorite show ever. I wrote extensively about the show on this blog at the end of Season 3; Season 4 was even more incredible and had a final episode that was one of the most pulse-rushing, grim, laugh-out-loud hours of TV I’ve ever seen. I can’t believe I have to wait until summer for Season 5, the show’s final stand.
“CURB YOUR ENTHUSIASM” – Eight seasons and counting, and other than the shooting location (NY instead of LA) and the loss of Cheryl Hines as Larry’s wife, the show has not even imperceptibly shifted in tone, style or humor. You know exactly what you’re going to get in every episode, just not how you’re going to get it. Larry David will make some self-serving and/or buffoonish comments that come back to bite him; Susie Essman will scream at him and call him a “bald prick” or somesuch; Larry will annoy some other celebrity or one of his circle of “friends”; and so on. This past season (8) was as riotous as all the others, particularly the “Palestinian Chicken” episode and the final episodes with Bill Buckner and Michael J. Fox. They even hinted that they’ll be taking this thing to Paris next year - Dieu m'en garde.
“PARKS & RECREATION” – Not on cable! Regular old NBC! A consistently great comedy in the ever-popular “we’re making a documentary” style about a, insular small-town Indiana parks & recreation department and the wacky characters that populate it. It has some big names from stand-up comedy, improv and general comedic acting – Aziz Ansari, Amy Poehler, Chris Pratt – even Rob Lowe, who is outstanding and who has been set up to be funny even before he opens his mouth. Every character has his or her own little world of insecurities or quirks or zingers that they unload on the rest of the cast, and I like it way better than the similar but far too manic “30 Rock”.
“MAD MEN” – It would not be additive for me to write anything about a show that virtually everyone loves, and which shows no signs of slowing down. I got hooked in late, and still haven’t completed this most recent season, but I agree with you that it’s a fantastic show.
“THE WALKING DEAD” – Finally, there’s the zombie show. Since I love “Breaking Bad” and “Mad Men” so much, my hope was that AMC – the network those play on – would come up with a third masterpiece. I tried “Rubicon” – no dice (no one else liked it either, and it was cancelled). Tried “The Killing”, and though it showed promise, it too lost me through overblown to-be-continueds that ended up to be awful red herrings. So my wife talked me into checking out the zombie show, and damn it, I’m totally enjoying watching flesh get torn from bellies, people panicking and running in terror, and the general paranoia and dread that hangs over this show. It’s not particularly well-acted, but neither was “Lost”. Both were saved by great storytelling and a goosebump-raising sci-fi element that feels totally real. I’ll keep watching until I don’t.
Posted by Jay H. at 2:19 PM