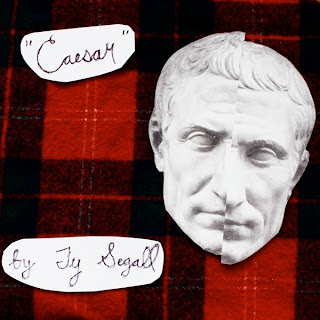 I made you a mix CD that compiles a great deal of the outstanding musical compositions being created by young people today. Believe it or not, we’re still paying attention. It’s not difficult – finding the good stuff only requires a Google Reader subscription to the best music blogs, as well as some occasional searching through The Hype Machine to find out what bands you’ve read about actually sound like. Throw in the odd iTunes download, and blam – you’ve got 26 killer tracks that represent the finest in up-and-coming “modern music” that creative youth are playing for their peers at record hops and dance parties all over the world.
But seriously folks. This is a compilation I made myself out of new-ish 45s and downloads, and I thought you might want to hear it. It’s got a more “pop” bent than any of the previous 17 new-stuff comps I’ve made myself over the past few years, which is in keeping with the gradual but unmistaken mellowing of my musical taste that now favors buoyant garagy-pop music over snarling, guns-blazing punk and noise. Especially when the ladies are singin’. Which is not to say this stuff’s everyone’s bag – my guess is it’s a little too sub-underground and fuzzy for most folks who come to our blog for the beer blather – but who knows, you might find a new favorite band if you’re ready to free your music-lovin’ mind.
Everything here was released in the last two years, and over 90% within the past 1-4 months. There are other acts that The Hedonist Jive heartily endorses who are not represented here – Yellow Fever and White Mystery are two that spring to mind – and hopefully me sharing a song or two from these folks doesn’t raise anyone’s dander. Download this .zip file, zap it over into iTunes, and/or burn a 60-minute CD of it and lemme know what you think.
Track Listing
1. THE LIMINANAS – I’m Dead
2. FRANKIE ROSE & THE OUTS – Candy
3. HARLEM – Someday Soon
4. DUM DUM GIRLS – Pay For Me