For the first chapter in this two-part series of 2010 record reviews, click here. 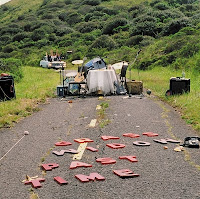 Took a good four or five times through my favorite local band’s new record for me to declare it not only on par with their two past efforts, but as a new high-water mark. It’s just – different, is all. Sure, the band skitters and skatters up and down chordlines and around rhythmically complex drum, bass & guitar patterns as they did on their previous LP and EP, but now they’ve added a more “baroque” element and an even more dense layer of church-like harmony. Grass Widow are truly the most 1979-ish UK DIY band I’ve ever heard (despite hailing from San Francisco and being very much of 2010), but where they were once treading mainly on URINALS territory they’ve progressed into something more 100 FLOWERS-like now. And lo, it is good. I’m convinced there will be a time in the future when this record is recalled and referred to as, yes that’s right, “a classic”. (Buy it here)
SUPER WILD HORSES – “Fifteen” CD 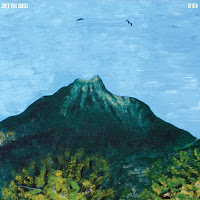 I totally fell for one song on this Australian duo’s debut EP called “What Started The Noise” and dismissed the remainder, and that hit-to-miss ratio holds up about the same on their debut. It treads a little too far into sugary commercial radio MOR for my tastes on about two-thirds of the numbers, and if this guitar/drums unit ends up playing Lollapalooza-type festivals in the US I won’t be surprised. That said, there are two chuggers on here that deserve special attention: the title track “Fifteen” and the song after that, “Mess Around”. Both tuff-girl pop, sparse and harmonic and lurching into garage punk simply by the minimalistic, bash-it-out instrumentation. If they were all like that we’d have something to talk about for sure. (Buy it here)
THE SPLINTERS – “Kick” CD 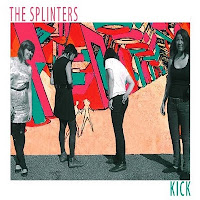 Here’s another one that falls in a similar camp. Oakland’s Splinters have a fantastic new Gun Club-meets-Ronettes 7” out called “Blood On My Hands”, and so on the strength of that I bought their early-2010 CD “Kick” sound-unheard. One time through was all I needed. It’s rare to find a band these days who are still finding their feet when they step into the recording studio and put out a CD, but “Kick” shows a band with all sorts of ambitions to make great garage pop, but with an inability to write a song that sticks. Like a young band, you know, one just finding their feet & trying to figure it all out. Lucky for the rocknroll-lovin’ public they put it together on their new single, so skip this one and keep an eye out for CD #2. (Buy it here)
Posted by Jay H. at 6:00 AM