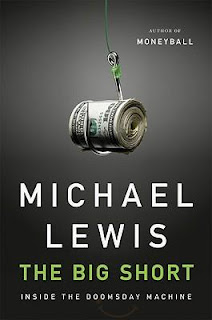 The idealized free-market vision of what Wall Street is meant to represent is the efficient allocation of capital to productive enterprise – a place the serves as a multiplier effect to capitalism and of productivity, thereby serving its customers’ interests (companies and the people they are made up of, as well as shareholders) as well as the greater economic good. Standing in the way of this idealized vision is, at its root, human frailty. Human frailty, along with its close cousins greed and stupidity, is endemic in all areas of human life and is, for worse, a part of who we are. The putatively smartest among us are just as frail and given to succumbing to perverse incentives that reward their greed and their baser instincts as are the putatively dumbest among us. I’m a flag-waving capitalist and free marketeer who very much recognizes the lack of anything approaching perfection in humanity, and the deleterious results that play out every 10-20 years in boom-and-bust cycles in our economy as a result. Simply put, it comes with the territory.
Michael Lewis’ “THE BIG SHORT” tells this macro story at some level, but more importantly, in the process he explains the 2007-2008 financial and housing crisis better than any single article, book or opinion piece I’ve read the past two years. It’s the best “business” book I’ve read since Bethany McLean and Peter Elkind’s Enron masterpiece “THE SMARTEST GUYS IN THE ROOM”, which not surprisingly also dealt with the dark, greedy side of human nature and how it took real human lives and capital down with it. “THE BIG SHORT” is not a book about the government’s role in the housing crisis, nor does it go into much detail about lending practices, nor the Fed’s artificial propping up of interest rates, nor into any detail about individual homeowners and the collective mania that gripped the housing market for much of the past decade. No, this is a book about Wall Street’s speculation and its shift to trading "derivatives" with little value to anyone outside of Wall Street, and posits that these practices, which began in the 1980s, continued to drive Wall Street further and further away from its visionary role of providing “the efficient allocation of capital to productive enterprises”.

More specifically, the book deals in thriller-like fashion – Lewis, as I knew from reading “MONEYBALL”, is a fantastic writer – with the men and their hedge funds that saw the looming subprime housing crisis years before anyone else did. The book’s title refers to how they presciently took advantage of a new speculative Wall Street derivative called the Credit-Default Swap (CDS) to “short” the long bet that Wall Street firms were stupidly taking on the housing market. These men, few in number and all born or made skeptics, looked at all the available data and themselves dug up a bunch more, and came to the heretical but ultimately validated conclusion that people with $14,000 (or, more often, $140,000) in yearly income should not be buying homes with interest-only loans that would balloon two years later into much higher monthly payments. The writing was on the wall for massive defaults and huge losses as people began to walk away from mortgages that they couldn’t afford, and yet Wall Street was fattening itself with ever-increasing profits made trading these derivatives. Even crazier spin-off bonds called Collateralized Debt Obligations (CDOs) spun out of CDSs, and every time these preposterous bonds made up of the worst of the worst subprime mortgages were traded in complex fashion among multiple parties like Bear Stearns, Morgan Stanley, Deutsche Bank, AIG and other recent bogeymen, everyone made piles of money. Until they didn’t, and it all came tumbling down, just as the “big short” skeptics knew it ultimately would.

Not that they didn’t sweat it for a long time. The market inexplicably continued going up, up, up in 2005, 2006 and 2007, and the very few voices of reason were being drowned out by tidal waves of money, mania and cheap loans. The rating agencies – Moody’s, S&P and Fitch – were part and parcel of the problem, and they absolutely get savaged in this book as the place where flunkies who couldn’t hack it in the big investment firms like Goldman Sachs went to collect a mediocre paycheck while being cowed by the bigger, much stronger banks. Yet when Moody’s would rate a CDO made up entirely of “BBB”-rated subprime mortgages – the ones that would all explode two years later – as a “AAA”-rated investment, that was used as the excuse by the big banks and investments firms to create, buy and sell more of them. Wall Street ignored (or hid) so many of the warning signs that were right in front of them for the short-term large payday that might never end. When it did end, of course, they were forgiven their many sins by the US Government, who rushed in to save them with US taxpayer dollars. They were “too big to fail”, as we now know, and they got that way in part by the ruses and the myopia that should have ingloriously driven the majority of them deep into bankruptcy and ignominy.

Lewis, while not necessarily making any sort of political argument, nonetheless is a huge culture-of-Wall-Street basher whom, I’ve read, advocates regulation that will return the big firms to private hands (as opposed to being publicly traded), with separate banking and investment arms. I won’t be able to necessarily share this view until I read more on the other aspects of the crisis (my next book is going to be Bethany McLean’s newest, “ALL THE DEVILS ARE HERE”), but even this small-l libertarian is sympathetic to the argument. If firms really are too big to fail, and need to be propped up by taxpayers, better a system that changes this and puts the risk and all potential losses completely back on the firms (and not on taxpayers nor even shareholders). I’m also sympathetic to arguments (that Lewis does not explicitly make) about enforced regulatory transparency in the ratings agencies, who come off as the biggest boobs in finance, with an outsized impact on the state of the world. And, as I’ve written before, I hope that the crisis teaches us that not everyone needs to own a house. The government had a huge role to play in stoking this crisis as well, and I’m hoping McLean’s book explores this a little bit more in concert with some aggressive savaging of AIG, Goldman Sachs and the rest, who completely deserve a robust thrashing for their speculative stupidity.

It took me over two years to be able to even articulate this much knowledge of how the crisis came to be, and I don’t feel like I’m done yet in attempting to figure it out. You won’t find a better and more engaging read that this one in helping you to get there, peppered as it is with salty, profanity-spewing characters and delusional traders, sitting with their mouths watering on the wrong side of the big short.
Posted by Jay H. at 6:00 AM