HEDONIST JIVE’S NAVEL-GAZING GUIDE TO THE BEST OF 2010 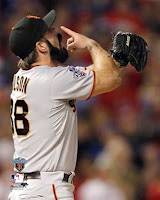 Time was, I used to put out end-of-year best-of lists for music on my now-defunct music blog, films on my film blog, beer on my beer blog, and so on. Then I had to go & jumble all my passions and interests together and create the “general interest” Hedonist Jive blog in April of this year, which not only dropped my daily “unique vistor” count into the mid-double digits, but also meant that in order to compile the necessary year-end lists, I’d have to do it all in one place.
So here’s the omnibus Best of 2010 – everything great and wonderful from the world of culture and beyond that we came across in the course of the last 12 months. Let’s start with reading material, and proceed from there:
READS
I didn’t actually read any more than ten whole books in 2010, so in order to develop a fully-formed best-of list, I’ll gratuitously add magazines, Twitter streams, articles, blogs and whatnot. This is what the ‘Jive was reading with gusto, panache and aplomb in 2010.

1. CHRISTOPHER HITCHENS, “HITCH-22”. My review can be read right here.
2. MATT RIDLEY, “THE RATIONAL OPTIMIST”. My review can be read right here.
3. MICHAEL LEWIS, “THE BIG SHORT”. My review can be read right here.
4. THE ATLANTIC (magazine). I’ve been a subscriber since 1991 and I have never – and will never – miss an issue. Maybe it’s because I’m on the west coast, but it still surprises me that the first-rate journalism and writing in this magazine isn’t discussed more often among my peers and the public at large. This social, political and cultural magazine does a fantastic job being “centrist” without being milquetoast, and some of best pieces I’ve ever read have come from its pages, including this year. They have a regular crop of don’t-miss writers, among them Mark Bowden, Christopher Hitchens, Virginia Postrel, Robert Kaplan and even crazy Caitlin Flanigan. There are a few I have to skip over every issue – I’m talking to you, James Fallows and Sandra Tsing-Lo – but in a magazine with 20 or so pieces every month, that’s to be expected.
5. RICK PERLSTEIN, “NIXONLAND”. Not from 2010, but ah well. That’s when I read it. My review can be read right here.
6. NEIL HAMBURGER’S TWITTER STREAM. The faux comedian is the funniest thing on Twitter, especially his use of phony hash-tags and these preposterous hobby-horse crusades he gets on. Best was one that consumed the past several months after Tom Bosley (Mr. Cunnigham from “Happy Days”) died, and deodorant company AXE neglected to cancel some event they were having that evening in memoriam. Hamburger mercilessly harangued them for about six weeks about “not showing respect”, and it was worth logging in every day and suffering through others’ tweets just to see what new ridiculous level he’d taken the campaign to.
7. CLAIRE BERLINSKI, “THERE IS NO ALTERNATIVE”. Also not from 2010, but still very recent. It’s a fascinating and somewhat off-kilter look into Margaret Thatcher, written unconventionally but from a position of admiration. The degree to which the Iron Lady changed Britain for the better is unparalled, and makes a strong case for the comeback of the discredited “Great Man of History” theory.
8. ERIC DAVIDSON, “WE NEVER LEARN!”. My review can be read right here.
9. McCOVEY CHRONICLES. This is a San Francisco Giants blog, so I recognize there’s a fairly limited audience for it among my readers right off the bat. It’s also one of the best-written and funniest sites going, and it’s been my go-to place for Giants-related snark for many years now. Grant has spent so long belittling the Giants’ many bone-headed moves for so long, that the site initially seemed to have a hard time reckoning with the team’s World Series victory this year. The wheels didn’t fall off, the torture ended up being sweet torture, and the site just got even more funny. Giants fans, even you brand-new ones: don’t miss the excellent El Lefty Malo as well.
10. FLIPBOARD. Flipboard is an iPad application that’s the first real example of what a digital magazine should look like. It collects well-written information from all over the web, along with some original content, and presents it in a “flippable” style that can be wholly customized to your tastes. News feeds come in all the time, so it’s dynamic and fresh, and it has an extremely eye-popping design. No one has mastered the delivery of digital content in a traditional “magazine” format the way these folks have, and it’s only going to get better from here.
FILM

Would you say 2010 was a great year for film? It’s really hard for me to make the call – my wife & I didn’t cash in our “date nights” for movies as often as we used to, and got too caught up in all the hustlin’ that goes along with daily life to consistently sit down and watch films on DVD etc. But I still saw some very good ones. Here are 10 of them:
1. BLACK SWAN (my review is here)
2. CYRUS (my review is here)
3. THE WHITE RIBBON (my review is here)

10. KICK-ASS (my review is here)
2010 films I haven’t seen yet, but I’m pretty sure are going to be great: Waiting For Superman, White Material, The Social Network, True Grit, Carlos, and….?
MUSIC – Top 10 LPs & Tapes 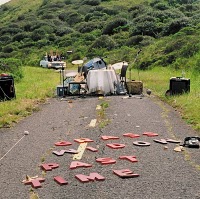 If there’s one sign that I’m getting old(er), it’s how infrequently, compared to my music-saturated past, I went out and bought or downloaded full-length discs. It’s part of parcel of the times at some level, a time in which the “song” is ascendant and the “album” is waning. I also noticed a distinct softening of my tolerance for all manner of musical BS, which is naturally pretty subjective, but usually boils down to how needlessly noisy, noodly or long a song is. If it cracks the four-minute mark, I’m usually not interested – with some exceptions, like the excellent second FABULOUS DIAMONDS record.
I found myself enjoying a lot of female-fronted bands, as I always have, but in a higher percentage than ever before. I don’t know what it means, but here are 10 rulin’ chuggers from the past year:

One thing that didn’t wane in the least in 2010 was my enthusiasm for good beer. Sure, I put an end to my beer-only blog HEDONIST BEER JIVE, but that meant nuthin’. I’m still obsessively trading beers to other dorks across the country, filling my suitcase with rare finds whenever I travel for work, and hitting up new bars and breweries in search of the next great beer to give a 10/10 to. Some of them are in this list. In fact, everything on this list of 25 beers are ones that I tried for the first time in 2010, and scored at least a 9/10. The top four were the only “perfect 10s” of the whole year. Let the search continue!


My review for each is available by clicking on the name of the beer.
1. THE BRUERY – “MISCHIEF”
2. SIERRA NEVADA “30TH ANNIVERSARY – FRITZ & KEN’S STOUT”

10 OTHER RIGHTEOUSLY AWESOME THINGS THAT HAPPENED


2. Hedonist Jive Made Its Debut. Here’s how we got our name.
3. I ran my first half marathon in November, the Big Sur Half, and finished with a time of 2:00:03. That’s right, three seconds remained between me and my “stretch goal” of completing this thing in under two hours. If only I had gone without fluids the entire race, I’d have totally done it.
4. My son Adam had a role as a “Who” in the San Francisco School of the Arts production of “Seussical The Musical” during the spring. My wife and I saw something like eight performances, and of course, it never got old. I’m still singing the show tunes from this play seven months later.
5. “Breaking Bad” finished an amazing Season 3 on television. More here.

7. I truly (re-)discovered the “This American Life” radio show, and became addicted to it. More here.

8. During the midst of a crazy pre-WWII blues and country phase I was going through, I started a music blog called HIGH WATER EVERYWHERE in late December 2009. By the end of February, two months later, the blog was dead and the phase was over. Like the proverbial phoenix, this gave rise to the blog you’re reading now.

9. The Los Angeles Dodgers finished the 2010 baseball season with a losing record, with disgruntled fans, angry players and a horrific ownership situation.