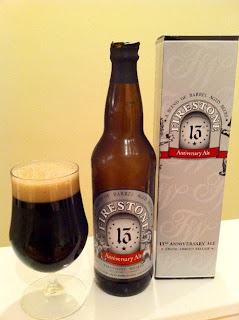 Back in early October I had to travel down to Ventura, CA for my late aunt's memorial service, and on the way down I stopped and took a walking tour of my late 80s borough of residence, the dilapidated, Beirut-like college party town of Isla Vista, California. There I encountered very familiar sites, as if time had stopped entirely: burnt couches, lying prostrate in the middle of the sidewalk; empty 12-pack boxes for hideous & foul beers like Miller Genuine Draft & Coors Light, hanging off the native Southern California flora and fauna; and lawns and decks strewn with the detritus of the previous' night's parties - plastic cups, empty kegs and the odors of vomit, sunscreen and premarital sex. Not to put too fine of a point on it, but I'd returned to a place I very proudly once called my home.
I ambled by the grocery store that was once called Pruitt's and then Dave's Village Market while I lived, loved and engaged in much study here. It's now called Keg Express or Liquor World or something along those lines; it's about 90% booze and 10% foodstuffs. I decided to see what the Leaders of Tomorrow were drinking these days, and lo, came across a beer cooler filled with microbrewed craft surprises from hither and yon. Though I doubted that most UC-Santa Barbara undergrads could afford some of these bottles - we had trouble putting together $3.99 for the requisite 15-pack of STROH'S back in the day (but we always made it!) - I was certainly happy that I now could, blessed with a UCSB education as I am.

There were rarities from all the San Diego brewing heavyweights; treats from Victory, Telegraph and even Russian River; and the one thing that made my eyes pop out and my wallet a little lighter: FIRESTONE WALKER 13, a beer that I'd long considered gone forever. See, their anniversary beers come out in limited batches in December, and if you're still seeing them in January, you're either lucky or, uh, living in a place like Isla Vista, where $23 for a single 22-ounce bottle of beer is one toke over the line. I had missed this one back at the tail end of 2009, and reckoned that now, ten months later, it had the benefit of a little "laying down" and would now be just about ready for drinking.

Naturally, I laid this boxed beauty down for two more months just to be sure, and right as the hype began gathering over FIRESTONE WALKER 14, which is now out and available if you can find it, I poured myself a couple of big glasses of 13. Drank 'em on Christmas Eve, in fact. Very happy I did. FIRESTONE WALKER 13 has been matured in wine barrels, and that's stupendously obvious in the taste - a more barrel-aged beer in taste you shall not find. Rich, roasty tastes of dark chocolate and grapes dominate. It is smoked and malty, with a real heft yet smoothness to it. It's quite a tribute to themselves, and these guys pull it off every year, dating back to the Firestone Walker 10 that blew me and everyone else away four years ago. I'll go with an enthusiastic 8/10 on this one.
Posted by Jay H. at 9:44 PM