IN PRAISE OF THE G CHANNEL 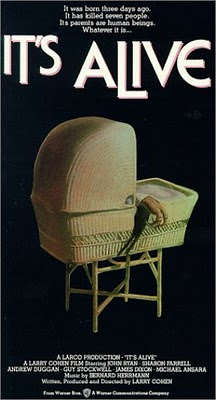 I’m old enough to have been dazzled by the advent of cable television when it first came around, and proud enough to call myself one of its early paying customers (well, my dad was). Around 1977 or so we visited some family members in Southern California, and they subscribed to two of the brand-new “movie channels” that were just hitting the market around that time – ON TV and the Z CHANNEL (the latter of which was legendary among Los Angeles film buffs, and immortalized in this excellent documentary). A visit to a family friend in Morgan Hill, CA that same year introduced me to HBO. I looked at the printed guides they had sitting around their respective houses, and I was amazed. Keep in mind that until this time there were only two ways for the common man or woman to watch a film: in the theaters, or in the rare instances when it played later on network TV (ABC, CBS, NBC) or a UHF station. The former would severely censor the films and cut them up to insert ads; usually the latter would only show old black and white films, or “creature feature” late-night monster movies. Neither ever showed the sort of raw, personal, director-centric 1970s films that were then making waves across the entertainment industry – “Chinatown”, “Klute”, “A Woman Under The Influence” and so on.
The channel guides for ON TV, HBO and Z CHANNEL listed film after film, domestic and foreign, playing at all hours of the day. Not all of these programmed 24/7 at the time, but it was a far cry from anything we were getting at home. I wasn’t quite a film buff yet, but I was about to be. We moved to San Jose the next year from Sacramento, and one of the first things we did was hook up to our local cable provider, GILL CABLE. Gill offered the ability for us to subscribe to HBO and another new network at the time, SHOWTIME, and later added something called THE MOVIE CHANNEL. My parents weren’t ready to spring for those, so we settled for an in-house movie channel provided by Gill that initially played one movie a night at 8pm, seven days a week: THE G CHANNEL. Starved for TV options in an age when my alternatives on any given night were “Donny & Marie”, “The Love Boat”, “Happy Days/Laverne & Shirley” (which we still always watched) and “Mork & Mindy”, I started watching anything and everything the G Channel put on. Combine its nightly riches with some great 1970s-style permissive parenting when it came to TV and movie viewing (thanks mom & dad!), and a film lover was thus born.
I’m sure this wasn’t the first film I saw on the G Channel, but it’s the one I remember the best – “IT’S ALIVE”. I was 11 years old, and almost certainly too young to see this bloody horror film, but I huddled up with my parents to watch this 1974 Larry Cohen film one night anyway. Those of you as old as I am may remember the film’s excellent tagline – “There’s only one thing wrong with the Davis baby – It’s Alive”. The film opens up with the birth of this demon seed baby in a hospital delivery room, and it immediately savagely claws and cuts the entire hospital staff to death, all filmed from the “baby’s” perspective. It freaked me the f*** out. Nightmares, visions, night terrors – the whole nine yards. But it did soften me for many horror film blows to come. The G Channel mixed up arthouse fare with ridiculous B movies, each always showing at 8pm, always showing by itself for one week only.
The Hinman family responded to this innovation in film delivery with gusto. If we didn’t watch films like “BARRY LYNDON”, “ANIMAL HOUSE” and Robert Altman’s “A WEDDING” together once a week, I at least always found the time to do so by myself. I’d watch anything. “The Spy Who Loved Me”, “Grease”, “The Last Waltz”, “A Lion In Winter”, “All That Jazz”, Woody Allen’s “Love and Death”, “The China Syndrome”, “Life of Brian”, “North Dallas Forty” – you name it. I particularly remember way more than one viewing of the awful disco-sploitation film “Thank God It’s Friday”, which came out a few months after disco was pretty much dead and buried. There was also a low-grade horror film called “Tourist Trap” that I watched multiple times one boring summer because it starred Tanya Roberts, who has recently come off the final season of “Charlie’s Angels” as the replacement Angel for one of the ones who’d quit. By this time The G Channel wasn’t just showing movies at 8pm anymore and had a schedule more like HBO’s, if not with HBO’s content breadth. They’d put up what they call a “slate” in the industry – an on-TV sign that would say something like “You’re watching the G Channel – next film at 4pm”, and I’d sit there and wait. And wait. My film addiction was formed in 1978-79, and I have the G Channel to thank.
Only people from the San Jose area got Gill Cable, and that area was quite a bit less than half the size it is now. So I searched online this week for relics from the G Channel and Gill Cable, and found almost nothing outside of some discussion board reminiscing. If anyone in the Hedonist Jive reading audience saved a printed, monthly G Channel Guide – well, I’d like to scan it for you and share it with the people. Please share your G Channel or early-days-of-cable-TV memories below while you’re at it.
Posted by Jay H. at 6:00 AM