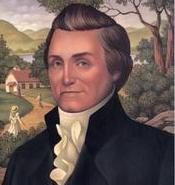 Sometimes at work we’ve had the opportunity to go through a “team-building exercise” where everyone’s asked to provide one obscure, but true, fact about themselves. I’ve got a few, but the one I usually toss out there is the fact that I am Noah Webster’s great-great-great-great-great grandson. Oh yes. This is no idle boast. My last name may be Hinman, but through marriage and breeding, the Webster lineage passed down through fertile & fecund Durham, Connecticut unto the Field lineage, whereupon my Grandma Kay Hinman (née Field) married my Grandpa John Hinman, and passed the blessed genes down two generations to me, my sister and our cousins. Sometimes I like to think that I’m doing the memory of my antecedent Noah Webster well by penning this very blog, which comprises a great many words found in his Webster’s Dictionary.

In 1991, OLDSMOBILE trotted out a tagline for their new 1991 cars: “Not Your Father’s Oldsmobile”. Their marketing group decided to put fathers & sons and/or fathers & daughters on camera together to help flog the new line of declining, boat-like American cars. I remember seeing TV commercials featuring Leonard Nimoy and his spawn and Ringo Starr and his spawn long before the call to our family arrived. Our family? The Hinmans? No, the Websters. Oldsmobile wanted to stretch the concept a bit, and because someone had the tagline “A new definition of luxury” already on the shelf for a new set of commercials, who better to call for a “definitional” tie-in than Noah Webster’s kids? Or great-great-great-etc grandkids, as the case may be. They had undergone a nationwide search for his relatives, and conducted tryouts for a TV commercial in multiple locations across the US, including in Webster’s native Connecticut and somewhere in the Midwest. They hadn’t found what they were looking for. Only one family remained – my family.

I was living in San Francisco, and my sister was still at home in San Jose with my parents. We were asked to convene at a San Francisco hotel early one Sunday morning for tryouts. I didn’t quite grasp the actual feasibility and likelihood that one of us might actually be chosen to be the spokesmodel for this campaign, so I proceeded to do what I so often did in my early 20s, and stayed out exceptionally late the night before. I even remember the venue, the band, and the drink that brought me down and ultimately kept me out of the proverbial limelight: The Hotel Utah Saloon (still with us!); Barbara Manning & The Tablespoons (short-lived, post-WORLD OF POOH band who later morphed into Manning’s SF SEALS); and several gin & tonics. That plus a 3am bedtime made for a less-than-sharp tryout the morning after. I read some lines, but I was awful and way off my game. I knew it, the director knew it, and my shot at the big time was over before it started.

Turns out these guys had their eyes on my dad the whole time. He was the right age – only slightly older than I am now – good looking, well-spoken and dignified enough to fit the “new definition of luxury” tagline. My mom, sister and I didn’t have a chance. He won the 1991 Oldsmobile Tryout Sweepstakes, and was flown to Washington DC to film the commercial directly below this text at the Library of Congress. It lives on YouTube to this day. He even hired an agent after this, and that led to some minor local TV commercial work in the years following his big score. I believe there was even a corporate video that his agent snagged for him as well in which he played a robber, a homeless person or both. Not on YouTube, I’m afraid.