I HAVE SEEN THE FUTURE OF RADIO, AND IT IS CALLED 8TRACKS 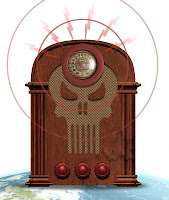 There’s this blog I follow called THE INFINITE DIAL that periodically takes the radio industry to task for their inability to keep up with the sweeping changes wrought by technology. A former radio exec himself, the blog’s main writer sees the death of traditional radio of something to be mourned, but even worse than nostalgia is radio’s failure to evolve, and become a part of the conversation of how music is listened to in the 21st century. We are of course totally spoiled by choice in 2011, and there are dozens of options for music discovery that supersede the need to plop yourself near a car or home radio for hours at a time. Here are a few that I use to find music that negates the need to listen to college radio or any DJ chatter whatsoever:
When the big KUSF flap was going on a couple of months ago – this low-wattage, San Francisco-based old school college radio station was abruptly taken back by its university parent, USF, to become a student broadcasting training center – I had a hard time getting as worked up about it as some of my peers did. That sort of terrestrial, gotta-be-available from 3-6pm or-you-can’t-hear-it-radio, was relevant to me personally around 1987, when I was a college radio DJ myself. Or in other words – 24 years ago. Also known as the “pre-fax machine era”. Granted, some examples of regular radio have morphed with the times as well, none more so than WFMU, who’ve done just about everything they can to stay relevant in the face of new technologies, and who’ve developed a killer iPhone application to that end.
Yet, as mentioned on Friday, I think the future of radio will rely on a curated solution, and I think the curators of choice will more likely than not be other human beings, rather than the algorithms and machines that run Pandora and Slacker. That brings us to 8TRACKS, my current music discovery application/website of choice. I really think they’re onto something. By making it incredibly easy to create a mix, name a mix, and upload it – and then to have users “follow”, a la Twitter, those mixologists they most admire – they’ve hit upon something so easy and simple that I can’t see it not blowing up this year. Once you’ve chosen 5-10 people whose mixes and tastes you “trust” (easy to find them, too, because you can search mixes by artist name or by genre tags), you’ve got enough listening to last you for a good month or two.
8TRACKS reminds me nothing so much as it does ANTENNA RADIO, which I was an “online DJ” for around 2000-2001. That, alas, was on 2000-2001 technology, so prepping my DJ-less, voiceless show (a weekly 50s-60s garage punk and R&B barnstormer I did called “No Count Dance Party”) involved recording LPs and 45s onto cassette, then feeding the resulting mix into the computer, then chopping it up into Real Audio files. This process took about 3 hours per week, including the “liner notes” I’d write using Adobe Page Mill. A similar mix on 8TRACKS is a drag-and-drop affair, ten minutes at most to create a killer multi-song radio station that users can play repeatedly and forever.
There are still many gaps in the 8TRACKS product, and the fact that it’s only on iPhone and the web will limit its appeal in the near term. Adding an Android app, which they say is on the way, and some good roadmap features will help. Premium or roadmap features I’d vote for are:

- Ability for curators to write extensive “mix notes”
- Unlimited skips through mixes – rather than just a handful before you’re locked from doing more
- More elegant ways to follow curators from the iPhone app, and learn more about them
- Less reliance on the web, more catering to mobile


And so on. It’s coming. And when it does, your car radio might as well be a Smithsonian showpiece from the analog age.
Posted by Jay H. at 6:00 AM